The LLC translating team: a worldwide network of specialized translators and proof-readers. It is impossible for us to present them all to you... so here are just a few examples:

Founder of our firm

Dr. Dr. Michael Rössner is Austrian. He obtained his LL.D. from Vienna University in 1978 and his Ph.D. in 1979. Since 1983 he is a sworn interpreter and translator for the Vienna Courts, for the languages French, Italian and Spanish.

DDr. Rössner is also a full professor at Munich University and has taught at the Universities of Salzburg, Buenos Aires and Tucumán. He is also an examiner at Vienna University School of Interpreters. Besides his work in the legal field, he is the translator/editor into German of the Complete Works of Luigi Pirandello.

Dr. Elisabeth-Natascha Rössner is American. She obtained her LL.D. from Vienna University in 1982. Since 1983, she has worked for the International Atomic Energy Agency, where she was involved in drawing up an internal Data Protection Act; in 1990 she began working for the Vienna law firm Weiss-Tessbach and, in 1997, took over the organization of our PR-Department.

Mag. Marie Theres Pitner is Austrian and has an M.A. degree from Vienna University. After teaching languages she went on to work for the Austrian Academy of Sciences. She joined LLC in 1998 and now organizes our Quality Control, together with Dr. Elisabeth N. Rössner.

Charles Milton Ling, our sworn translator for the English Language, is American. He studied in Vienna and Freiburg, Germany, before he established himself as sworn translator in Vienna in 1980. He has been translating and proof-reading for our firm since the very beginning. His fields of interest include classical music, law, and chess.

Leslie B. Myford, BA, MITI, is a British citizen. He obtained a B.A. IIi Honours degree in European Studies at the University of East Anglia (1977); after an in-service traineeship (stage) in the English Translation Division at the Commission of the European Communities, Brussels (1978), he has been spending a number of years with a law firm in London, before establishing himself as a free-lance translator in Bungay, Suffolk (1989); he joined the LLC team in 1996 and was one of our key translators during the EU Presidency contract.

Dott. Mag. Paolo Sturm is Italian. He studied in Vienna and Trieste and has worked successfully as a translator and interpreter for eight years. He joined the LLC team in 1993 and is now responsible not only for Italian translations but also for proof-reading Italian and French translations. 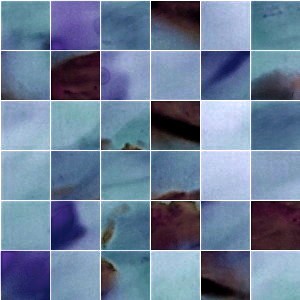 Meet our team of professionals!